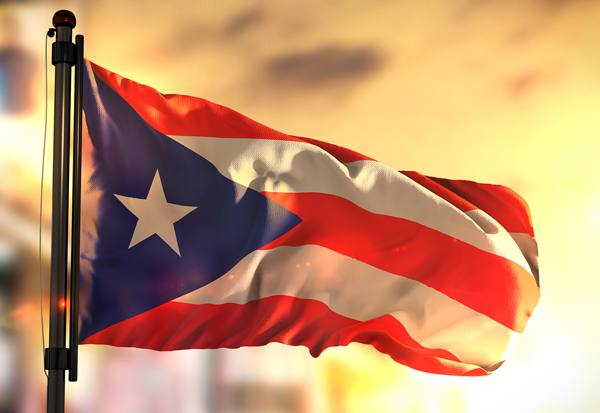 U.S. entrepreneurs whose business focuses on rendering remote services can find a lucrative opportunity in Puerto Rico, the United States’ own Caribbean island territory. Known for its gorgeous beaches and year-round beautiful weather, Puerto Rico is the ideal destination for American expats, as it offers all the familiarity and security of life in the United States for a fraction of the price. Most enticing about Puerto Rico, however, is its many generous tax incentives, the most popular of which are Act 60 Export Services (formerly Act 20) and Act 60 Individual Resident Investor (formerly Act 22).

Act 60 Individual Resident Investor can lower an eligible decree holder’s income tax rate for earnings sourced from interest, dividends, capital gains, and cryptocurrencies to 0%, while Act 60 Export Services grants qualifying Puerto Rican businesses a corporate tax rate of just 4%. The catch is that a decree holder must be a bona fide Puerto Rican resident to take advantage of the benefits. This means spending a certain amount of time in Puerto Rico (or outside of the US) during a given tax year, holding one’s tax home in Puerto Rico for the whole tax year, and forging stronger ties to Puerto Rico than to the United States. For anyone who truly commits to relocating to Puerto Rico, passing the Puerto Rico bona fide residency tests is a breeze.

To make the deal even sweeter, qualifying Act 60 Export Services decree holders not only enjoy a 4% corporate tax rate in Puerto Rico but are also exempt from the U.S. federal income taxes that generally apply to foreign-earned income. U.S. tax law includes a provision that sees Puerto Rican–sourced dividends excluded from U.S. federal income tax, although determining whether income qualifies as “Puerto Rican–sourced” can be tricky. In most cases, dividends paid by a Puerto Rican corporation must undergo the “possessions source ratio” calculation, where the total gross income of the possessions corporation is divided by the total gross income from its Puerto Rican sources during the “testing period.”

If the possessions corporation is actively involved in the trade or conduct of business within the Puerto Rican possession, the rules are different. In such cases, the entire dividend amount can be exempt from U.S. federal income taxes so long as no less than 80% of the possessions corporation’s total gross income during the testing period comes from Puerto Rican sources and no less than 50% of it originates from the active engagement in trade or business conduct within Puerto Rico.

The “testing period” aspect of the provision leaves room for savvy business owners to spread the lucrative tax exemptions beyond the reaches of the Puerto Rican island. For the purposes of the definition in the provision, the testing period refers to the three-year period comprised of the taxable year and the two preceding years or the entire existence of the corporation, if it is less than three years old. This language suggests that if a U.S. taxpayer owns foreign corporations outside of Puerto Rico that are sitting on untaxed earnings, the business owner could merge the corporations into a single Puerto Rican entity and, as long as the Puerto Rican business earns at least $1 of Puerto Rican–sourced income, repatriate the earnings of the foreign corporations as a tax-free dividend. Since the exemption is based on the ratio of income earned during the testing period, as unrealistic as it may sound, such a scenario indeed seems possible.

Let’s look at an example. Say Joel, a U.S. taxpayer and business owner, is the primary stakeholder of two operating businesses in the Bahamas and the Cayman Islands. Both businesses have been in operation for more than a decade and boast earnings and profits of a few million dollars, and though they are controlled foreign corporations (CFCs), none of their income is classified as “subpart F” income (i.e., the portion of CFC-derived income subject to U.S. federal income tax). In June, Joel merges his Bahamian and Cayman Islands businesses into the Puerto Rican business he runs under the Act 60 Export Services tax incentive, which means the earnings and profits of the two corporations are transferred to the Puerto Rican entity.

At the dawn of the next year, Joel officially becomes a bona fide Puerto Rican resident, solidifying his eligibility for the Export Services tax benefits. When that year ends, the Puerto Rican company announces a $5 million dividend, primarily consisting of earnings from the original two foreign companies. The Puerto Rican company earns only $100 throughout the tax year, but that allows it to claim the entire dividend as tax-exempt, as the only income earned during the one-and-a-half-year testing period since the Puerto Rican company’s inception was Puerto Rico–sourced. In this way, Joel can take advantage of Puerto Rico’s generous tax incentives to save far more than seems possible at first glance.