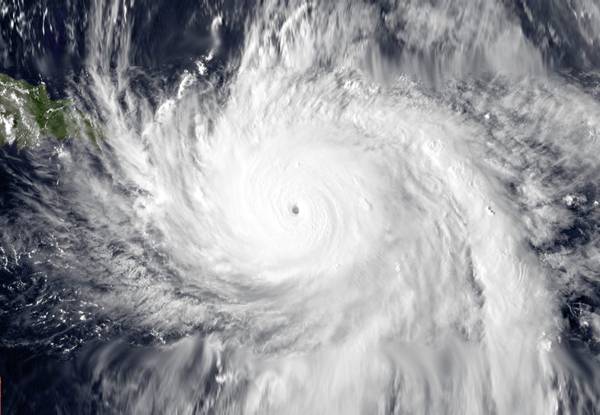 It was only last September when Hurricane Maria, following on the heels of Hurricane Irma, directly hit the island of Puerto Rico and devastated this U.S. territory and popular vacation destination. Hurricane Maria is on record as the worst natural disaster to strike PR, with an official death toll of 6000+, and over $91 billion in damage.

With winds increasing from 85 mph to 165 mph in a 24-hour period and directly striking PR, this Category 4 storm gained the upper hand, wiping out structures and the electrical grid for almost the entire island. The damage was unavoidable and extensive.

Equally destructive was the downpour of rain accompanying the raging winds. Some areas experienced as much as 38 inches of rainfall; the La Plata River quickly overran its watershed. The northern part of the island was affected the most by the flooding. The capital, San Juan, was flooded throughout; in some areas, water was waist-deep and many structures lost their roofs.

Just two weeks prior to the landing of Maria, Hurricane Irma had already left about 80,000 residents without power when Maria hit the shores. The power grid, which was already stressed and fragile, was destroyed, eliminating power throughout the entire island. A week later, when experts were finally able to make a reasonable assessment, it was determined that 95% of the population had no power or cell phone service. Almost half the population did not have access to drinking water.

The agricultural industry was also hit hard. Hurricane Maria wiped out 80% of the island’s crops, with losses tagged at $780 million and necessitating a shift towards imported fresh produce, creating another unexpected expense. Another industry directly affected by the storm was tourism. Puerto Rico was not officially announced as reopened until the middle of December, three months after Maria left her destructive mark. Even then, tourism got off to a slow and tentative start, as many travelers were hesitant, uncertain about how much damage remained and whether it would limit their activities and enjoyment.

As is common with network news cycles, tragedy and outrage attract viewers. For most Americans, the first stages of recovery in PR were fraught with confusion, incompetence, and even nightmarish tales of stranded citizens left to their own devices. On a nightly basis, the lack of electricity and drinking water was broadcast alongside reports of mounting repair costs and the precarious state of the island’s finances with little attention or mention of any positive actions or progress being made.

Meanwhile, on the ground in PR, recovery work was already underway. Considering the immensity of this storm and the widespread destruction and debris, the initial startup was slow. Supplies had to be flown in and generators set up in key areas to kickstart repairs.

As other, more urgent and topical news shoved the woes of PR into the background, sporadic reports indicated that recovery was taking longer than it should. For instance, one month after the tragedy, 88% of the residents still had no power. Three months after Maria, 45% of the population was still without power. What was not clarified was that most of those unfortunate residents lived outside major cities of PR.

It is impressive what a little time and a lot of energy can do, and important to see how things stand in PR today. As of May 2018, right before the start of the next hurricane season, while a few remote locales in PR are still not fully powered, the lingering damage in larger cities like San Juan is now minimal and fading fast into the background.

Many major resorts and restaurants in San Juan smartly took advantage of the unfortunate and widespread damage to perform upgrades, redesigns, and improvements on their properties. Visitors to San Juan these days find it thriving and vibrant; merchants are happy to be back in business and residents have bounced back energetically and positively.

It is not as if Puerto Ricans have never seen storm damage before. Granted, no one had witnessed damage such as Maria wreaked in 2017, but the attitude seems to be that it will just take a little longer to get back on their feet after this whopper struck them.

While in December 2017 almost half the island was waiting for power to turn back on, now almost 99% of the island has electricity again. Although there have been many complaints about U.S. assistance, PR gratefully accepts any help that comes its way.

The Army Corps of Engineers has been given its marching orders to pack up and leave after spending over $2 billion restoring power to the island. With 1,000 contractors and 1,200 personnel working on the island, the Corps of Engineers planted over 52,000 power poles and threaded over 5,700 miles of wire crisscrossing PR. Another proactive response to this disaster recovery has been to install solar panels across the island and connecting them to generators.

While blue tarps still serve as roofs for some buildings, especially in more isolated areas, most of the debris has been cleaned up. Most roads are clear, so driving around PR is viable and safe. However, some of the smaller towns may not have all traffic lights running, so care should be taken, particularly at night and in the early morning.

As more repairs are accomplished, the faster the remaining issues are being addressed and fixed.

How Prepared is PR?

Before Hurricane Maria, PR’s preparedness plan for the hurricane season was intended to withstand Category 1 storms, what the island is used to dealing with. Because Maria came hard and fast and ripped the island to shreds, extensive damage was unavoidable. That also brought the sobering realization that their readiness program needed serious overhauling, which is what the government has done.

FEMA has strategically situated four warehouses on the island, a huge improvement over the single warehouse that was in place when Maria landed. These buildings are stocked with thousands of tarps, as well as millions of bottles of water and emergency meals. On top of that foundation of security, FEMA sought to directly supply each municipality in PR, giving mayors enough basic resources to immediately distribute essentials to their own community in case another horrendous storm isolates them.

The communications infrastructure also received a crucial boost with the burying of more than 1,000 miles of fiber cable underground in place of putting up new power poles that could easily collapse again from another Category 3 or 4 storm. Additionally, critical facilities (hospitals, fire departments, and police stations) are installing satellite systems with over 300 hospitals also getting new radio antennas.

The biggest worry is the power grid. As it is still not fully repaired, there have been two island-wide blackouts since full restoration, one from a falling tree and another from an excavator accidentally hitting a power line. The good news is that power is restored with little delay, so it is more of an inconvenience than a new hazard for the residents who have faced enough problems from the aftermath of Maria.

As an extra safety net, FEMA is leaving 700 emergency generators behind along with three massive generators that were installed at the major power plants in PR.

The biggest unknown in the preparedness plan is the force and strength of storms PR will encounter in the 2018 season. If another storm of the intensity of Maria hits, it will not be easy, but it will certainly be less dreadful than the debacle of 2017. If, as everyone hopes, PR faces a typical storm season, the island should be well equipped to weather any storms with nominal damage.

More than anything, PR is looking to rebuild its tourist industry. Word has been slowly getting out that San Juan is hopping again. For travelers who would rather avoid the crowds, there is no better time to take advantage of the fun and beauty of San Juan than the present. With most shops open for business in the capital, there are plenty of choices for the selective wanderer to pick from.

As for hotels, be sure to research and reserve well in advance. Some locations are still making repairs and may have fewer rooms open to the public. Your best bet is to stay in or near San Juan. While you may see some scars from Maria, much of the city is back to its usual good food, tropical weather, and excellent friends.

For an alternative to traditional hotel stays, Airbnb offers their unique service in PR. Even better, they are stepping up to the plate and displaying a generous spirit in their effort to encourage tourists to enjoy and support PR. For the next few months, any Airbnb Experience or stay in Puerto Rico directly benefits the island as Airbnb is donating 100% of those commissions to local nonprofit agencies dedicated to assisting in PR’s recovery.

Millions of people are helping PR directly or by supporting foundations and groups involved with the recovery efforts. For instance, United for Puerto Rico has received over $39 million in donations, much of it from individuals like you.

While it will take more time, PR is already on a solid road to recovery.