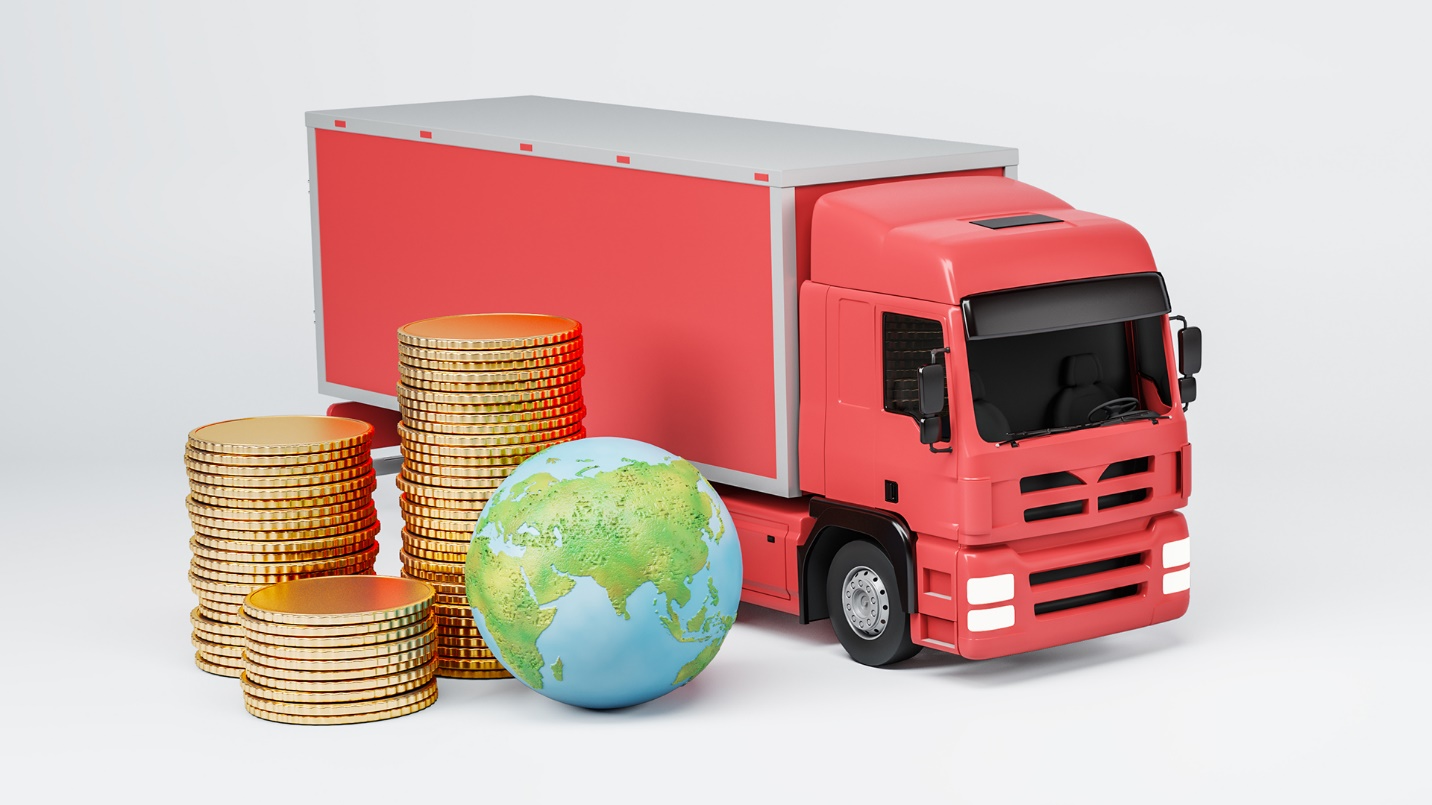 At the beginning of 2012, the Government of Puerto Rico implemented two acts that were part of a set of economic incentives intended to improve the conditions of this Caribbean island’s economy.

Act 20, also known as the Export Services Act, and Act 22, also known as the Individual Investors Act, were put in place to facilitate Puerto Rico’s economic development by attracting high-net-worth individuals and businesses to the island through the multitude of tax benefits that these acts offered.

The Act 20 program was designed to enable eligible businesses to make use of a variety of tax exemptions as long as the business is based inside Puerto Rico and has its clients located outside of Puerto Rico.

Exempt businesses have the benefits of a mere 4% corporate tax rate, a 100% tax exemption on dividend distributions, and other tax advantages which we will discuss below.

Act 22, on the other hand, aimed to promote investment in Puerto Rico by offering investors, who are bona fide residents, extremely profitable tax incentives. The income that these investors accrue after meeting all the requirements of residency is exempt from taxation on dividends, interests, all capital gains, and even all crypto assets.

On January 1, 2020, Act 20 and Act 22 were integrated into the Puerto Rico Incentives Code 60, or Act 60, as two separate chapters. This change was coupled with a few adjustments to the qualification requirements of each program.

The existence of these highly attractive tax incentives has been possible due to Puerto Rico’s unique relationship with the United States.

Being an unincorporated U.S. territory with a commonwealth status, the Puerto Rican government has the advantage of creating its own tax laws that are distinct from the U.S. federal or state laws. This independence has allowed Puerto Rico to stimulate economic growth through the Act 60 program.

In June 2019, both Act 20 and Act 22, along with other tax incentives, were revised and compiled into a new law called Act 60, or the Puerto Rico Incentives Code 60.

Act 20 was renamed the Puerto Rico Export Services Tax Incentive and became Chapter 3 of Act 60, while Act 22 was now called the Puerto Rico Investor Resident Individual Tax Incentive and became Chapter 2. Act 60 brought with it a few changes in the requirements for each set of incentives and came into effect on January 1, 2020.

These organizational changes were accompanied by several adjustments to the requirements and incentives provided by each act:

Act 20 now has an employee requirement where exempt businesses generating an annual revenue of at least $3,000,000 must directly employ a minimum of one full-time employee who is a Puerto Rican resident.

There has also been a reduction in property and municipal taxes. Moreover, the Office of Industrial Tax Exemption (OITE) will perform an independent audit of Act 20 businesses at least once every two years. And, lastly, blockchain-related services have been included as eligible businesses.

Act 22, meanwhile, has remained largely the same, except for a few changes. There is now a real estate requirement where individuals who have acquired the tax exemption decree must purchase a real estate property in Puerto Rico within two years, which will be the grantee’s primary residence while the decree is valid.

Grantees also need to make an annual charitable donation of $10,000 which will be split between a government-approved charity and a Puerto Rican charity of the grantee’s choice. Finally, cryptocurrencies and other crypto assets have been made eligible for tax exemption as well.

Other Changes Due to Act 60

Other than these particularities to each law, the tax exemption decree that is granted to eligible businesses for Act 20 and eligible individuals for Act 22 are now initially valid for a term of 15 years and can be extended for an additional 15 years.

We have outlined all updated information about Act 20 and Act 22 in the sections below.

Act 20, now Chapter 3 of the Puerto Rico Incentives Code 60, allows eligible businesses to benefit from a multitude of tax incentives provided by the Puerto Rican Government. To qualify, a business needs to be service-based and must operate inside Puerto Rico while receiving income from customers located outside of Puerto Rico. Service-based businesses include educational and training services, software development companies, hospital and laboratory services, trading companies, call centers, and more.

Federal tax rates are the primary source of expenses for U.S. businesses, so transferring a business, completely or partially, to Puerto Rico is a highly effective way to cut down on taxation. We will elaborate on how to do so in a later section.

However, the tax exemptions will apply only if the individual is a bona fide resident of Puerto Rico and if they start the process of becoming one before January 1, 2036.

Bona fide residents of Puerto Rico enjoy a number of benefits for the Puerto Rico-sourced income that they receive – a 100% tax exemption from Puerto Rico income taxes on all dividends, all interests, all short-term and long-term capital gains, and, as per the new Act 60, on all cryptocurrencies and other crypto assets.

As long as an individual is a bona fide resident and their source of income is in Puerto Rico, they will not have to pay the federal income tax rate which ranges from 10% to as high as 37%. This makes Puerto Rico a very attractive option for anyone in search of better tax treatment.

The Act 20 tax incentives are offered to service-based businesses that export their services to the global market. Eligible services include advertising and public relations, consulting services, call centers, educational and training services, block chain-related services (a new addition under Act 60), and a multitude of others.

For businesses that are not essentially service-based, there is a workaround which we will discuss in this section.

The main thing that a business must ensure in order to be eligible for the Act 20 tax incentives is that it must conduct operations on Puerto Rican soil and derive its revenue from clients located elsewhere.

This means that the business needs to establish a physical office in Puerto Rico and move its income- producing activities to the island.

There are two ways in which a business can achieve this requirement:

Even though the business will generate Puerto Rico-sourced income, it absolutely must not have a nexus within Puerto Rico, which means that an Act 20 business cannot cater to the Puerto Rican market.

Services considered to have a nexus within Puerto Rico include counseling and lobbying on Puerto Rican laws, sale of property in Puerto Rico, and any other activity deemed by the Secretary of the Department of Economic Development and Commerce of Puerto Rico.

Furthermore, according to the new law, if the business generates a minimum annual revenue of $3,000,000, it must employ at least one full-time employee who is a Puerto Rican resident. The business owner and employees must also earn a reasonable salary, which would be taxed under Puerto Rican tax rates (up to 33%).

To acquire the tax exemption decree, the business needs to submit an application to the OITE of Puerto Rico. The decree contains all important information regarding the qualification requirements and associated tax rates under Act 20.

Once obtained, all tax benefits are secured for 15 years, after which the term can be extended for another 15 years. As per Act 60, the OITE will also perform audits on exempt businesses at least every two years.

The costs for all the Act 20 paperwork include $750 for the application fee, $150 for acceptance stamps, and $300 for annual compliance filing.

In order to derive the tax advantages of Act 22 and be exempt from U.S. federal income taxes, the individual must first and foremost become a bona fide resident of Puerto Rico. The conditions for passing the bona fide residency tests are explained in the next section.

The process for obtaining the tax exemption decree for individual investors is similar to that of Act 20 – the individual has to apply to the OITE of Puerto Rico, and once received, all Act 22 benefits are granted to the individual. The decree is also initially valid for 15 years, and the term can be increased for another 15 years.

The only difference is the costs. The application fee, acceptance stamps, and annual compliance filing cost $750, $150, and $300, respectively.

However, the individual must give a one-time acceptance fee of $5,000 and, under Act 60, must also make an annual charitable donation of $10,000, half of which will go to a government-approved charity and the other half to any Puerto Rican charity of the grantees’ choice.

The bona fide residency tests are administered by the IRS to ensure that an individual investor intends to stay in Puerto Rico for an extended period before exempting the individual from regular federal income tax laws.

The various tests involved in proving bona fide residency in Puerto Rico and their respective conditions are as follows:

The first test is a rather technical one, but there are many ways to satisfy the requirements. The individual must fulfill any one of the following conditions:

This test is designed to assess the individual’s loyalty to Puerto Rico and is, therefore, quite subjective. To determine whether an individual maintains a closer connection to Puerto Rico, the IRS takes into account many factors such as the locations of their permanent home, immediate family, personal belongings, principal bank, workplace, and organizations they associate with; the jurisdictions of their driver’s license and voting registration; and which forms they file, such as Form W-8BEN or Form W-9.

To pass this test, the individual ultimately needs to move their entire life to Puerto Rico!

According to the new Act 60 program, an individual with a tax exemption decree must purchase real estate property within two years of obtaining it. This property must also be the individual’s primary residence throughout the term of the decree. Although not a residency test per se, this is the final piece of the puzzle in proving an individual’s bona fide residency.

After satisfying all the requirements to become a bona fide resident of Puerto Rico, the individual needs to file Form 8898 to notify the IRS of the new status. This form is used to officially declare the beginning or end of bona fide residency in a U.S. territory.

Act 20 gives businesses a chance to cut down on their tax rates immensely, while Act 22 exempts individual investors from paying high federal tax rates on their income.

The process involved to acquire each decree may seem a little complex, but our PRelocate team will be happy to guide you through it. Contact us any time.