Which States Are Impacted Most by Biden’s Proposed Capital Gains Tax Hike? - Relocate to Puerto Rico with Act 60, 20, 22

Which States Are Impacted Most by Biden’s Proposed Capital Gains Tax Hike? 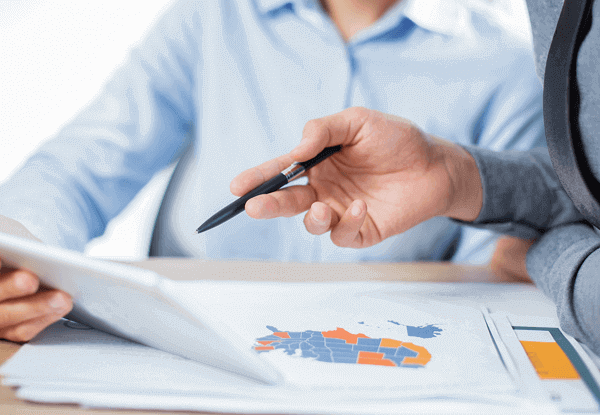 In April 2021, the Biden administration unveiled The American Families Plan. The bill would provide universal free preschool education for all children aged three and four and two free years of community college, among other things. However, a proposed capital gains tax hike that would be used to pay for the bill has worried many investors and high earners.

The Biden administration plans to pay for this massive expansion of federal benefits by dramatically raising taxes for high-net-worth Americans. Across the country, Biden’s proposed capital gains tax increase would see an average combined top capital gains rate of 48%.

President Joe Biden seeks to raise capital gains tax rates by more than 200% for U.S. households earning more than $1 million per year. These households would see their rate more than double from 20% to 43.4%. The proposal would also raise the top marginal income tax rate from its current rate of 37% to 39.6%.

If Biden’s proposed capital gains tax is implemented, high net worth individuals in New York State will pay a staggering 54.4% tax on all capital gains. California residents fare even worse, with a combined top capital gains rate of 56.7%.

This is extremely unwelcome news for top earners in these states. The 2020 pandemic and the rise of remote work has already seen a massive flight of coastal residents fleeing to lower tax states.

Residents of the Northeast Corridor and the West Coast will also be hit hard by Biden’s proposed capital gains rate increase. New Jersey’s top combined rate will reach 54.2%, just behind New York at 54.3%. Oregon and Minnesota are not too far behind, with a combined top capital gains tax rate of 53.3%.

Meanwhile, Washington State’s top rate is only 43.4%, just one tenth of a percentage above Florida and Texas, and exactly in line with other low-tax western states such as Wyoming, Nevada, and South Dakota. Pennsylvania may also see an influx of investors and entrepreneurs from its high tax neighbors, as its top combined tax rate is nearly 6% lower than that of Washington DC, and nearly 8% below that of New Jersey.

States without separate state capital gains taxes like Texas and Florida will naturally see the lowest combined top rates. However, a 43.4% federal tax on long-term capital gains and qualified dividends is still a substantial sum for investors.

Should Biden’s current proposed top rate pass, neither Texas nor Florida will be safe from the massive increase.

The Appeal of Puerto Rico

As a U.S. territory with no voting representation in Congress, “no taxation without representation” means that Puerto Rican residents are not subject to paying United States federal taxes. As the U.S. government taxes its citizens on their worldwide income, residents of U.S. territories are some of the only Americans in the world who do not pay federal income or capital gains taxes.

Puerto Rico’s Act 60 tax incentive program, allows qualifying investors to pay 0% federal and state tax on capital gains, cryptocurrency, dividends, and interest, through its Individual Resident Investor program. Act 60 also has tax incentives for qualifying businesses which pay a 4% corporate tax rate and 0% tax on distributions from earnings or profits. Once approved, these benefits are backdated from the date an investor moves to the island.