Understanding the General Elections in Puerto Rico - Relocate to Puerto Rico with Act 60, 20, 22 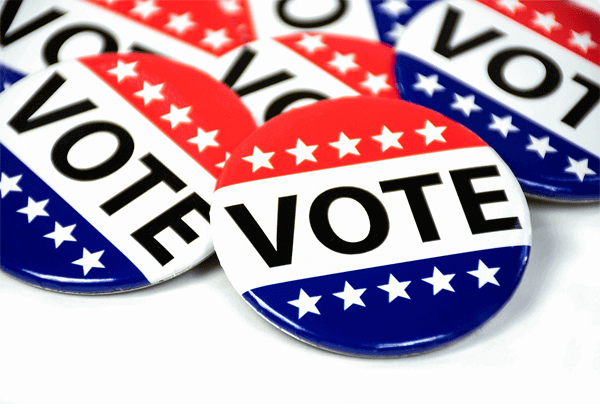 Although Puerto Rico is a U.S. territory, its political system is almost entirely separate from that of the mainland United States. Puerto Rican residents vote in local elections for their mayors, representatives, senators, and governor and not in U.S. federal elections. U.S. expats who relocate to Puerto Rico—say, for its lucrative tax incentives—have the choice of renouncing their right to vote in U.S. elections and registering to vote in Puerto Rico. For Act 60 decree holders, this is highly recommended because it helps fulfill the requirements of the “closer connection” test for bona fide Puerto Rican residency.

On November 3, 2020, Puerto Rico will hold a general election to determine its new governor. The 2020 elections are special because a referendum will additionally be held asking Puerto Rico voters whether the territory should be admitted to the United States as the 51st state. If the majority votes “yes,” the transitionary process to turn Puerto Rico into a state of the union will begin immediately. However, the likelihood that the transitionary process will begin immediately is low.

On September 17, 2020, the gubernatorial candidates participated in a debate where they elaborated on their views and their parties’ policies. We’ve provided the highlights below to give you a general overview of what each candidate stands for.

Unlike the mainland U.S., which features only the Democrats and the Republicans as the two primary parties, Puerto Rico has three traditional parties: the Partido Popular Democrático (PPD), the Partido Nuevo Progresista (PNP), and Partido Independentista Puertorriqueño (PIP). Liberals and conservatives can be found in both the PPD and the PNP, but the PPD tends to have more liberals, and the PNP tends to have more conservatives.

In the 2020 election, three additional parties are also running for governor: Projecto Dignidad, Movimiento Victoria Ciudadana, and Movimiento de Conciencia. Though these parties do not make clear their stance on Puerto Rican statehood, they generally lean strongly toward independence. Movimiento Victoria Ciudadana proposes a constitutional assembly to make a final determination on Puerto Rico’s relationship with the US, and Movimiento de Conciencia advocates for self-sufficiency on the island, especially in agriculture and manufacturing.

Candidates in the 2020 Elections

Delgado’s platform for boosting the Puerto Rican economy is expansive, whether it’s fostering education in STEM for a highly skilled future population or establishing a “Caribbean Cargo Hub” on the island’s west coast. He also wishes to develop the tourism sector on the island’s east. Additionally, Delgado is spearheading a movement called Agro Futuro 2030, which aims to increase Puerto Rico’s food security and maximize its food production. He wishes to improve the taxation system for small and medium-sized businesses by restructuring the inventory tax, which businesses sometimes have to pay multiple times, into a sale-based tax, which could be great news for Act 60 Export Services decree holders. Finally, Delgado proposes the reestablishment of tax incentives to attract pharmaceutical companies to Puerto Rico, as the island used to act as the primary drug supplier for the United States.

In the Debate
Delgado’s vision for the Puerto Rican government is to present a balanced budget for his four years in office, if elected, citing his 20-year corruption-free record to support his statement. He also wishes to better manage funds for education, which he believes are currently being misused, and wants to have more than 100 public schools using the Montessori method. On the issue of Puerto Rico’s status, he supports Commonwealth status with U.S. citizenship but pushes for a noncolonial and mutually beneficial relationship with the mainland. He pushes for a system where Puerto Rico is involved in creating and passing any legislation that affects the island.

Delgado’s stance on Act 20/22/60 is unclear. However, he states that he wants to see the same sort of incentives for small and medium-sized businesses and young entrepreneurs that exist for foreigners.

Pierluisi, the leader of the incumbent party, proposes a comprehensive tax reform to stimulate the Puerto Rican economy, foster small businesses, and ensure fair opportunities for the people. In particular, the initiative to foster small businesses is a major perk for Act 60 Export Services decree holders. He wants to create an economic council to give the private sector and labor market representation in politics. He also proposes cutting the sales and use tax, the highest of any U.S. jurisdiction, from 11.5% to just 7%. He strongly supports farmers and believes the government should do more to facilitate and foster their productivity, and he wishes to lower the costs of operating a business so Puerto Rico can better compete on the world stage. He would also like to restructure the island’s debt, and he has stressed that he will not lower pensions to do so.

In the Debate
Pierluisi believes there is too much corruption in the Puerto Rico government and proposes anti-corruption measures such as raising the wages of public servants, defending pensions, and defending the University of Puerto Rico. He pushes for more transparency in the process of awarding public contracts. In terms of public debt, he wants the debt to be paid and to be able to provide essential services to the people of Puerto Rico. His position on the Fiscal Control Board was a major issue in the debates, but he insists his experience benefits the Puerto Rican public and that there are no conflicts of interest.

Regarding Puerto Rico’s status, Pierluisi wants to solidify Puerto Rico as a U.S. state and incorporate its laws into the existing U.S. system.

In terms of Act 20/22/60, it’s not clear where Pierluisi stands, but it is believed that he supports the incentives.

Dalmau, a Harvard-educated lawyer, heads the PIP, whose main concern is achieving the independence of Puerto Rico. He envisions a new country with a corruption-free government that guarantees access to education and justice. He sees independence as the only way forward, viewing the island’s colonization as inherently against human rights, even in the present age. Dalmau participates in committees on various different topics, including agriculture, women’s affairs, consumer affairs and essential services, veteran affairs, internal affairs, municipal affairs, and banking.

In the Debate
Dalmau supports choosing heads of agencies based on merit, and he pushes for a constitutional reform that would see a second round of votes if the winning candidate fails to secure the majority vote. On education, he wants to reopen schools with reduced class sizes, citing the disadvantages that those without Internet access face amidst the pandemic-induced school closures. He supports the protection of Puerto Rico’s beaches and opposes the privatization of the coasts. Regarding Puerto Rico’s status, he supports independence, not because he wants to distance the island from the United States but because he wants to unite with the rest of the world.

Most pertinent to Act 60 decree holders is Dalmau’s stance on corporate tax rates – he wants to see a uniform corporate tax rate of 10%, which would mean increasing the 4% rate that Act 60 Export Services decree holders currently enjoy. This could be implemented as an amendment to or repeal of the Act 60 tax incentive, but those with existing applications and decrees may be grandfathered in.

He appears to support Act 20/22/60 in that he pushes for a broadening of the incentives program to renew and develop the Puerto Rican economy. He hopes to attract more foreign investment to the island and increase the number of exports from Puerto Rico.

More information on Dalmau’s policies can be found on his website, which features a 306-page PDF document detailing his government program.

Dr. Muñiz, the president and founder of Projecto Dignidad, is a family doctor who has been practicing medicine for more than 40 years. His party aims to promote justice and order in Puerto Rican society, creating a country where families are strengthened and socially and environmentally friendly entrepreneurship is encouraged. He wishes to rescue Puerto Rico from bankruptcy and use entrepreneurship to strengthen communities. He believes in strict audits into Puerto Rico’s debt to uncover liability and wants to promote and foster agribusiness to achieve food security on the island.

In the Debate
Muñiz believes the key to repairing the Puerto Rican economy is controlling government spending. When asked about LGBT+ and gender issues, he said his party believes in dignity and equal opportunities for all people. However, many found his responses to be quite conservative and controversial.

Lúgaro is running for governor with Movimiento Victoria Ciudadana, a party formed in 2019. In 2016, she ran as an independent candidate, garnering 11.13% of the vote and placing third overall. Her party’s main concern is the decolonization of Puerto Rico, with Lúgaro running on an anti-colonialism platform that hopes to establish a constitutional assembly to make a final determination on the relationship between Puerto Rico and the United States. Ultimately, she said that while she personally supports Puerto Rican independence, she will support whatever the people prefer.

In the Debate
Lúgaro wants to raise teachers’ salaries by eliminating large government contracts. She also believes that the budget cannot cover both debt repayment and social investment and that if further cuts need to be made, they will come out of the money that would go to the Fiscal Control Board. Other issues that are important to her party include youth, the Puerto Rican diaspora, the economy and entrepreneurship, gender and LGBT+ rights, education, and communications.

Lúgaro and her party do not support Act 20/22/60, although she does support attracting foreign capital to the island to invest in key sectors. She emphasizes the importance of job creation and the idea that all tax incentive programs must work to that end.

Eliezer Molina, the sixth and final gubernatorial candidate, is running with the Movimiento de Conciencia party. The party’s primary concern is unifying Puerto Rico across party lines, driving the island to self-sufficiency. Molina stresses the importance of national production and supports self-sufficiency in the agricultural and manufacturing industries in particular, as well as exporting more products to boost the economy.

In the Debate
In terms of Puerto Rico’s status, Molina wants to reduce dependency on the Mainland and make Puerto Rico self-sufficient. He hopes to end the colonial relationship the island has with the United States. He also insists that his status as an independent politician is a good thing, as it means he doesn’t have partisan ties.

Molina opposes Act 20/22/60—his economic policies include “adjustments” for those with tax incentives. He wants to relax the process of obtaining a business permit but implement stronger regulations for construction permits for coastal projects.

If you’re registered to vote in the upcoming Puerto Rico election, make sure to research the candidates carefully to make your choice. Most of the information on the candidates is in Spanish, but this post is a good start for your electoral research. Show up at the voting booths on November 3 to influence the future of Puerto Rico.