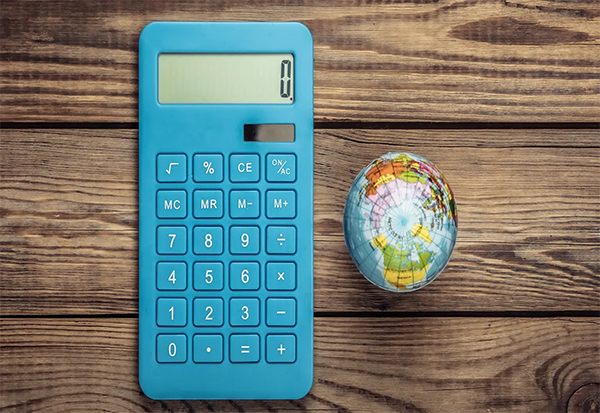 But you don’t have to be a bank robber to want more favorable tax treatment for your business and personal wealth. Individuals from all over the world can take advantage of tax incentives and loopholes to help you keep more of your money.

If you’re looking for a tax haven for your cash in 2019, these 10 places might fit the bill.

If you’re surprised to see Puerto Rico and the U.S. at the top of the list, you shouldn’t be. Delaware, Nevada, and Wyoming are some of the most corporate-friendly destinations in the world when it comes to taxes and red tape.

Puerto Rico is making a name for itself as a tax haven for businesses and individuals, too. For qualifying businesses, the effective corporate tax rate is just 4%, and resident individuals who earn investment income avoid capital gains and dividend taxes altogether.

Part of the Benelux triad, Luxembourg has extremely friendly corporate tax laws that allow businesses to shelter billions from the tax authorities. The lack of withholding tax and a wealth of corporate tax loopholes draw corporations from all over the world. It’s estimated that 35% of the Fortune 500 countries have a subsidiary in Luxembourg.

Another Benelux country, the Netherlands also has extremely favorable corporate tax laws. It’s considered the top tax haven for huge multinational corporations, due in part to generous incentives designed to lure them there. It also has some of the lowest healthcare costs in the developed world.

For a country with just 0.000008% of the world’s population, the Cayman Islands has an enormously outsized financial footprint: Over 6% of the entire world’s banking assets are parked in this British Overseas Territory. Both individuals and corporations get favorable tax treatment here.

With a 0% corporate and personal tax rate, Bermuda is one of the world’s great tax havens. Of course, Bermuda has a ridiculously high cost of living; compared to the U.S., Bermuda gets a rating of 99%, which means it costs 99% more to live here than in the U.S. on average, although housing is closer to 200%. Plus, onerous restrictions, such as one car per household, make it not quite as attractive as a tax haven for families.

Previously a British colony, Singapore stands on its own as one of the world’s favorite tax havens. Although it has nominal corporate tax laws on the books, incentives and other loopholes make it extremely competitive for multinational corporations. For individuals, on the other hand, Singapore is more of a mixed bag.

Located between England and France, the Channel Islands has increasingly built a reputation as a corporate tax haven. Morgan Stanley has 30 subsidiaries there alone, and Apple has one worth $250 billion. Private citizens have been parking their money in the Channel Islands for decades to escape the 80% inheritance tax in Britain.

This tiny one-square-mile country has kept its tax rates steady since 1869—if you can claim residency, you keep 100% of what you earn. It’s no wonder Monaco is home to the world’s ultra-rich.

Of course, Switzerland would make the list; its low taxes and super-secret banking laws make it a top destination for corporations and individuals alike. Zurich it the 9th largest financial center in the world. American multinationals such as Pepsi, Merck, and Marriott all have large Swiss subsidiaries.

Although Malta has a corporate tax rate of 35%, its system of loopholes and rebates virtually wipes it out. Most corporations in Malta have an effective tax rate of around 5% after navigating the country’s complex web of tax laws. Individuals also benefit from Malta’s tax structure—only income generated from activities in Malta are taxed.

Tax incentives and the low cost of living have made Puerto Rico an attractive option for businesses and individuals who want to escape onerous personal and business tax liability in the U.S. Best of all, you keep your U.S. citizenship and all the advantages that entails.

If you want to learn more about making a home in Puerto Rico, check out our articles on the best places to live, how to plan your move, and residency.