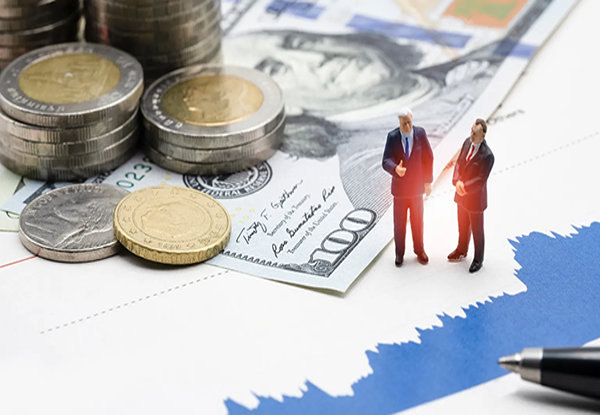 Miles of Caribbean beachfront and a lower cost of living for a luxury lifestyle have always been a huge draw for Puerto Rico as an ideal place for financially savvy Americans to relocate. Per the U.S. Constitution, though, no representation means no taxation. Puerto Rico, as a U.S. territory only, has no congressional representatives, thus avoids U.S. state and federal taxes.

For this reason, the U.S. territory’s Act 60 tax incentive program—specifically its Investor Resident Individual Tax Incentive—has proven a highly effective driver for qualified investors to make the move due to its 100% savings on federal and state taxes on interest, dividends, cryptocurrency, and capital gains. Act 60 boasts major tax incentives for businesses that qualify as well, including a 4% tax rate and no tax on earnings and profits distributions. Furthermore, benefits are backdated to an investor’s island move date.

Fortunately, this program has been mutually beneficial. Having been responsible for its participants’ direct investments of over $2.5 billion in the Puerto Rican economy, it has provided an average salary nearly double that of the territory’s median income for the 32,000-plus local jobs it has created.

As House Democrats circulate yet another tax plan through the capitol, PRelocate is keeping a close eye on these proposed tax increases to help develop an understanding of what this could mean for the top tax rate in the United States. We provide individuals and small businesses the most up-to-date knowledge and services needed to relocate to Puerto Rico.

Here’s what savvy business people in America need to know…

In 2017, the Tax Cuts and Jobs Act was passed by Congress. It altered the way the tax code treated pass-through businesses, corporations, and even individual taxpayers. Prior to the passage of this Act, the federal corporate tax rate was 35%. It now sits at 21%, but that may soon be changed by the House Democrats and their new tax plan.

The Democrats in the House of Representatives are proposing several changes to the tax rate for both individuals and corporations as a way to pay for their spending package.

Highlights of the Latest Tax Proposal

What This Means for Individuals in the United States

If these proposed changes go through, that could mean a big shift in taxes for corporations as well as individuals. In fact, on an individual level, in many states, top earners would be saddled with a very high tax burden.

For example, an analysis done by CNBC shows that in New York, those making over $400,000 could potentially face the combined city, state, and federal taxes of 61.2%. Additionally, the top marginal tax rate that these earners would face on the amount above the threshold would be 46.6% due to the city tax rate of 14.8%. That’s the highest tax rate seen in nearly 40 years for those that live in New York City.

California’s top earners would also face a similar issue. The combined tax rate of someone making over the threshold in California would be 59.7%. In New Jersey, it could be as much as 57.2%. If you live in Hawaii, you may be looking at a tax rate of 57.4% if you earn in the top bracket.

These changes have still to be codified into the tax code, so changes could still occur. Additionally, House Democrats are using the “reconciliation” process in order to pass this budget which means that with thin majorities in both chambers, they can’t afford more than a few defectors.

Making the Move to Puerto Rico Under Act 60

The U.S. stock market, as well as a number of cryptocurrencies, have achieved record gains in 2021, and countless U.S. businesses and investors have already made the move to Puerto Rico in order to hold onto more of their hard-earned income while living in one of the most beautiful places in the Caribbean. This is in large part because Act 60’s seemingly complicated residency tests are actually relatively easy to satisfy. Learn more about each test below…

There are several ways a decree holder may satisfy the presence test, but generally speaking, this test provides that a person either physically resides in Puerto Rico most of the tax year (at least 183 days) or at least physically spends fewer than 90 days inside the United States.

The tax home test simply requires a decree holder to maintain their tax home for the entire tax year in Puerto Rico. The definition of “tax home” is also quite broad. It may also include the decree holder’s office or their home when they work from home.

The closer connection test is a subjective one, and therefore a little more difficult to pass. It is based on the notion of a decree holder maintaining stronger connections in Puerto Rico than in the United States. Some key indicators of satisfying this test include selling a U.S. home, registering to vote in Puerto Rico’s elections, and maintaining a Puerto Rican driver’s license, among others.

Ultimately, moving to Puerto Rico under Act 60’s Investor Resident Individual Tax Incentive or its Export Services Tax Incentive requires a full commitment to island living. While this can seem intimidating, billionaires like John Paulson are convinced that Puerto Rico has true potential. Having committed both personal and institutional capital to multiple island-based investments in the territory, he has vocalized his support for the Act 60 tax program, “[Puerto Rico] is the only place a U.S. citizen can go and literally avoid, legally, all their taxes.”